Who will live and who will die?

DI Alec McKay is a man haunted by the loss of his daughter.  As he obsesses over a missing person case that is going nowhere, McKay’s investigation is interrupted when bodies start appearing on the Scottish Black Isle. Soon McKay and his team start to identify a disturbing pattern behind the killings.

Why are candles and roses placed around the bodies?

What is this twisted murderer trying to achieve?

While the police follow their own leads, a young woman who discovered the first victim begins an investigation of her own.

As the case unfolds McKay will be forced to face his own demons.

To catch the killer McKay must discover the true motive and untangle the web of truth and lies.

Candles and Roses is the first book in the explosive new DI McKay Series.

Terrific debut novel! DI Alec McKay is a brilliant character and I already can’t wait to see more of him. An interesting plot that had me turning the pages long after I’d told myself ‘only a couple of chapters’ – I found I’d finished half the book in one sitting and was running late to meet a friend for dinner!

You see the victims point of view as the murders take place which is really unusual and so gripping. This set me on edge as you begin to get that looming sense of dread, internally screaming at the characters not to put themselves in a dangerous situation, knowing how it will end.

Real nail biting stuff – seriously, I have none left. I felt more part of the investigation instead of feeling like an observer watching the progress throughout the story so my emotions were running high as they were trying to find the culprit. I spent most of the book shouting at characters for different things which is testament to how the writing and flow of the book dragged me in and didn’t release me until I finished that final page.

Perfect ending and I won’t say anymore on that – you’ll have to read it!

The rest of the blog tour from the #bloghounds… 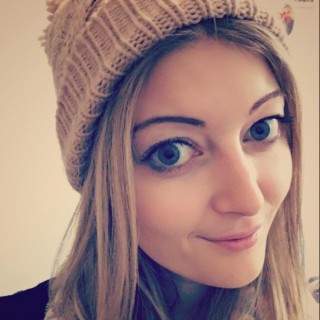